Pinkcatshop.com is the internet incarnation of a family retail business that is now in its fourth generation.

Based in Pembrokeshire in West Wales, we have been trading from the same premises at 24, High Street, Haverfordwest since 1901.

Pinkcat is now internet only, but the tradition of providing a unique and leftfield shopping experience is as vital today as it was for our great grandfather. 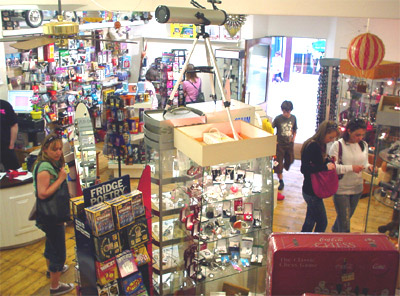 Pink cat is the latest reinvention of a family business begun over a hundred years ago. Tom Davies and wife Blodwyn set the ball rolling in 1901 opening a menswear store in Haverfordwest. 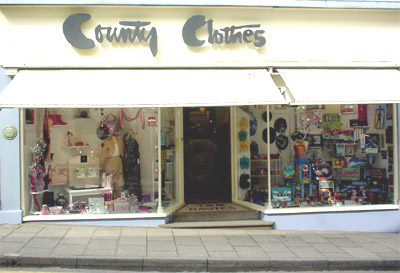 Third generation son, Anthony, came on board in 1961 with wife Rosemary. They opened a second store in the fabulous seaside resort of Tenby. The shops were expanded to include gifts, glassware, kitchenware and coffee departments. Different areas were given different names including The Pot Shop, The Green Frog, Cuddles, Rainbows and The Bizarre.

Fourth generation son Toby joined in 1995. Brothers Dominic, Richard and Julius have since all lent a hand in keeping County Clothes up to date and developing it's latest incarnation, the pink cat shop.

Pink cat does it's best to sell what is unavailable in chain stores and supermarkets. A passion for originality and innovation has always been key to the business. In 1963, Anthony, was first in Wales to import working mens trousers from little known American company, Levi Strauss & Co.

In 2012 pinkcat went completely cyber with the retail outlet in Haverfordwest being turned over exclusivley to internet trading.

When my brothers and I started to sell things on line we were on a mission - to make a super cool website for adventurers and secret agents. We soon discovered that there was a whole world of cool customers out there. We found that the people who were buying on line were snapping up fun, chic and stylish items.

Although we select our products with jet setting girls and boys in mind, we find many pink cats living in remote and faraway places; small towns in the American mid west, villages in Yorkshire, farmhouses across Europe - not just in the big cities of the world. The old notion of the provincial bumpkin in sackcloth is ancient history. These are 21st century folks with an appetite for the new and original. Irrespective of their location, they are well informed by internet and satellite, are computer literate and have loads of taste.

Pink cat shop is created for them.